First off, can I just say that Keanu Reeves has done it again! Just when you think that a series can’t get any better, BOOM! Keanu proves us wrong. It isn’t really the norm for the sequels in a film series to continually surpass their predecessors, unless we’re talking about Marvel films.(not the newer X-Men series. Can you say garbage?) Anyways, Reeves came back as a force to be reckoned with in Parabellum. The film starts and it literally picks up where it was left off. For those that don’t know, in John Wick: Chapter 2 it ends with John Wick being deemed “Excommunicado” because he gave no fucks and killed someone on the Continental grounds. The problem with being Excommunicado is that you are officially banished. In John Wick’s case, he was excommunicated and had a price on his head of $14 million! Winston, the owner of this particular Continental Hotel, granted Wick with a grace period of sorts to “get his affairs in order”. You would think, “Cool he gets a 24 hour head start.” Nah, they would never be that kind to the Baba Yaga. John Wick gets ONE hour before he has assassins coming after him left and right.

I know what you must be thinking: what makes this one different from the first two. First of all, it’s John fucking Wick. That statement alone should explain. If you have never watched the first two, you won’t realize that his name holds a ton of weight. Secondly, I have thought the same thing myself: how can one create another sequel to such an axtion packed movie without it being the same old boring fight scenes? Within the first 15 minutes, my question was answered. Not only does Parabellum have intense, cringe-worthy fight scenes; they are literally never before seen. Keanu Reeves does roughly 90% of his own stunts and that just makes his scene where he is riding on the side of a fast moving horse THAT much better!

Part of what makes these films great is the fact that Keanu Reeves does his own stunts and whoever else is participating usually does theirs as well. Given that info, we continue to see Keanu be his awesome self. The amount of broken necks and other limbs is fantastic, but guess who I think really stole the show.

That’s right! Halle Berry did the damn thang in Parabellum! Look at that fierceness up there!^ I’ve waited one film too long to finally see some precious puppers fucking shit up, but my dreams were finally made into a reality! Halle Berry is ferocious in this film and so are her two precious pups. She did her own stunts as well and I give her props for executing them so well. The scene where one of her dogs is shot and she goes on a rampage killing any and everyone is honestly my favorite. She meant business. You never harm someone’s fur baby. Have they not learned from John Wick?

I know it seems like I hype every film up, but this one truly is a 10/10 and I cannot wait until Chapter 4 is released in TWO years.*cries* Go watch this amazing film that managed to knock Endgame out of the top spot in the box office.

So, I am one of those people that can’t stand to watch the same old cartoons over and over again with kids. I get that they love it, but inside I am suffocating myself with a pillow. I can’t watch the same movie back to back(unless it’s Avengers: Endgame). So, every time I am spending time with my nephew he wants to watch Coco for the billionth time or Hotel Transylvania 3. Yes, specifically part three of that series. But I put my foot down. I try to get him to watch Hercules, Mulan, ANYTHING but those other two. He doesn’t seem too interested. But let me tell you, I put on anime and he is FOCUSED. I suppose the fast paced action in the ones I watch, he loves. I try to limit showing him the ones rated MA and keep it at TV-14.🤷🏾‍♀️ Knowing he loves anime makes me a proud auntie. My work here is done and now I have to get him into some martial arts classes when he’s older because he likes to kick and chop people.😂 lmao

So, I went to see this awesome film on Thursday evening. I don’t know about you guys, but I loved Pokemon as a kid. Right when I walked into the theater and showed them my QR code for my ticket, they handed me a Pokemon card package that consists of two cards: Detective Pikachu with 90HP and Jigglypuff with 60HP! For as long as I can remember, I’ve always loved Pikachu and Mewtwo. As a kid, I had one of the gold plated Mewtwo cards and I absolutely cannot find it anywhere. (I was and still am heartbroken about this.) But anyways, as you can imagine this film was fantastic.

I love how they got down the characteristics of all of the Pokemon damn near perfectly without making them look completely fake, awkward, and creepy.(Yes, this is a shot at the Sonic trailer. Did you see that shit? They need to do better.) Seeing them walk around in the real world and not on my Gameboy or Cartoon Network makes me wish that this was real. I want a Pokemon best friend! The nostalgia is real.

The production and quality of this entire film was superb. Everything was so clear. The Pokemon I thought would be plush to the touch LOOKED so plush. Seeing the wind rustle their fur/hair was amazing. They literally looked so real. It was unbelievable. Don’t even get me started on the choice of actors! They all did so great. Justice Smith is an awesome young actor. I mean he did great in Jurassic World: Fallen Kingdom and in The Get Down. In Pokemon Detective Pikachu, Smith did well playing an estranged son who regrets not building a relationship with his father growing up, because now he’s dead(or missing?) From watching other works of Smith’s, it is clear to see he can be a bit comical and I felt that trait needed to be showcased even more since he’s starring alongside Ryan Reynolds. Well, not literally alongside him obviously because Reynolds is voicing a Pokemon but you get what I’m saying. Comedic banter was imminent. Reynolds is hailed as a no holds barred actor with some of the most outlandish lines and to hear that he was voicing one of my favorite Pokemon had me extremely stoked to see the film. The playful banter between a boy and his Pokemon was made even funnier since people only heard Pikachu saying “Pika, Pika” and this young man is having a full on argument with this Pokemon whose vocabulary seems to be very limited.

Moving on to Chris Geere as the antagonist who basically has daddy issues because daddy, aka Bill Nighy, spent mroe time with Pokemons than his own son. So, of course he tries to get back at him and yadayadayada.

I’m honestly going to just stop here because it just came out this weekend and I don’t want to spoil things for anyone. (: but let it be known that though it was great, there is NO WAY that it’s going to top Avengers: Endgame at the box office. Just saying. That was honestly one of the greatest movies of all time. 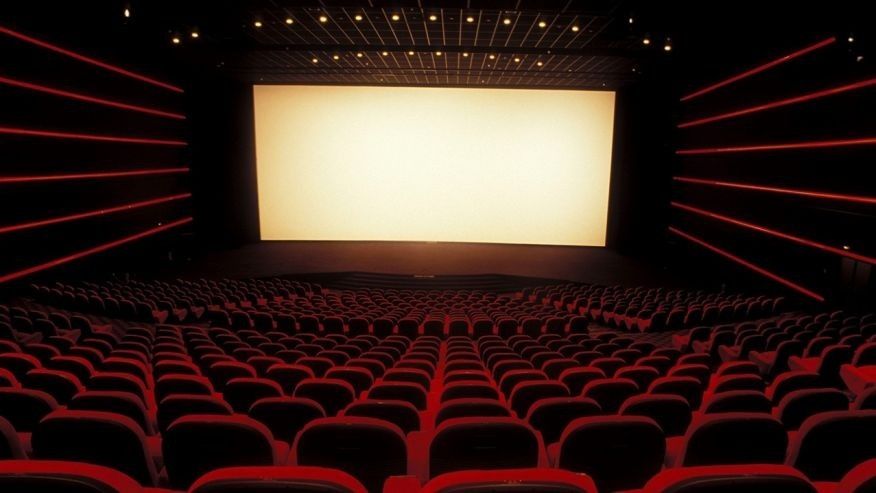 Tearjerker alert! I watched this eye opening, indie film today. Although, I admit that when I decided to watch this film, I wasn’t expecting to cry my eyes out. (Disclaimer: I’m a crier. Pisses me off? Tears. Too sad? Tears. Too happy? Tears. Too damn cute? Even more tears.) Anyways, this film is derived from the novel of the same name written by Emily Danforth. Based in 1993, it’s a coming-of-age film about a teenage girl who was caught having sex with her best friend and sent to a “gay conversion therapy” center where they endured extreme emotional abuse to “cure the gay”.

Now lets talk about the cover. Yes, I’m judging a book(movie?) by its cover. Here’s what I knew before I immersed myself into this well executed adaptation:

Talk about girl power! I am here for this! I am living for this!

Moretz is one of my favorite young actresses. She always brings her A game and with this film she transcended herself. Her portrayal of Cameron Post was flawless. Moretz’s She grips you with her performance as this teen who just wants to be herself and sees nothing wrong with that; yet she understands during that time it wasn’t “normal” to those around her. The line from the trailer, and the film, that resonates with me the most:

What I took from this was that she just sees herself as a person. Straight people don’t announce themselves as heterosexual; they are just themselves. Cameron Post is just herself. Some might say she is calling herself “nothing” but those seem to be the people not a part of the LGBTQ community. They simply do not understand.

Jennifer Ehle gave me goosebumps with her portrayal of an unprincipled, devout Christian. Ehle was Dr. Marsh; a doctor who believed she “cured” the gay in her brother and could do the same for others. Let it be known that I’m not saying all Christians are immoral, but she showcased that there are some who can be misguided. Her serene, ruthlessness had me shook to my core because she was assertive, yet she also came off as genuinely wanting to help.

This film won one of the highest honors achievable at the Sundance Film Festival; the Grand Jury Prize for Drama and after watching it, I can wholeheartedly see the reason why. This film really opened eyes for people who may not know some of the struggles the LGBTQ community had and continue to face and lets others know that they are not alone. Please go check out this film, I promise you won’t regret it. There were literally no downsides to it, in my opinion. You can find it on Amazon Prime Video, HBO Now, or just buy the DVD.

P.S. This is my very first review blog post! If this one sucks, I’m going to work to get better! I’m still learning, cut me some slack guys.(:

Thanks for joining me!

I’ve decided to start a blog with the support of some friends! I’m still creating social media pages for it so I can get my follower count up. I will have my first review posted today and I plan to do at least two a day! Bear with me while I try to get the gist of everything down! 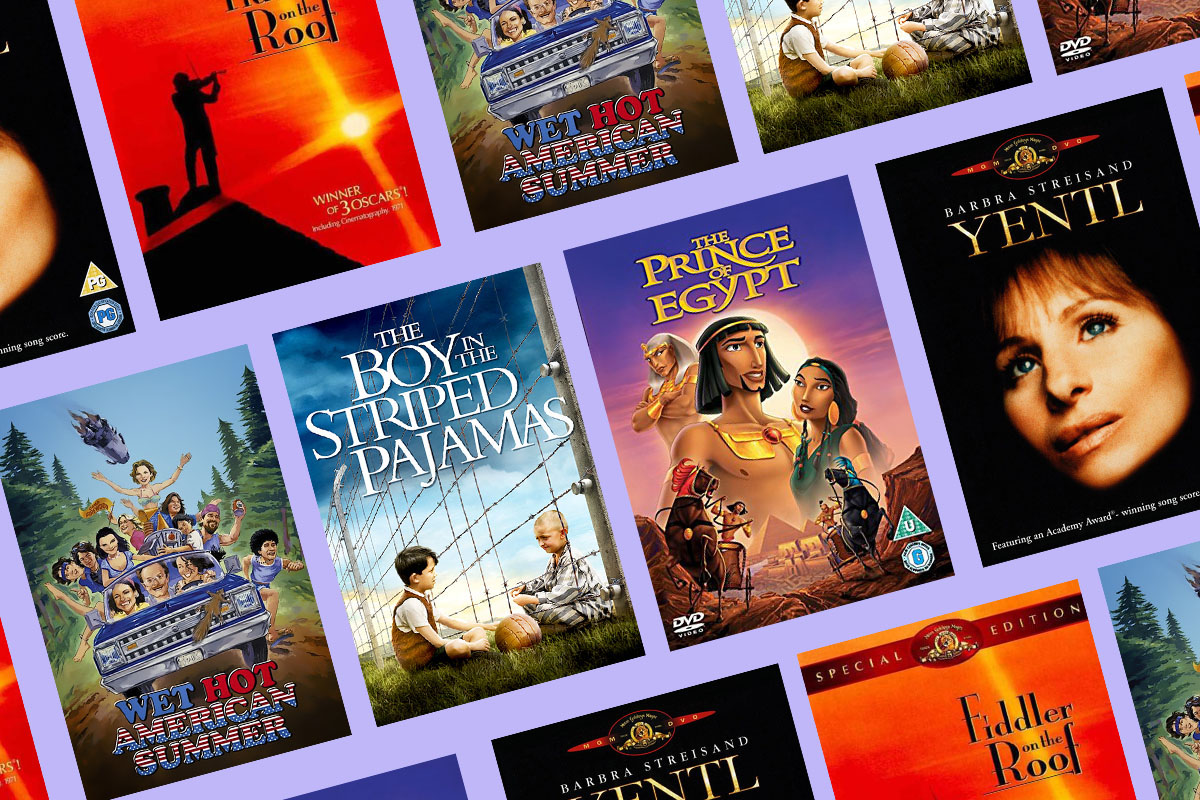